iPhone sent this to me today. To remind me of what truly makes me happy.

I saw a little tree growing up through the crack in a sidewalk.

Just a plant, three leaves, a barely brown-grey-green twig of a stem.

But, it was trying.

That little plant had big dreams.

Dreams of being a mighty Oak, Maple, Magnolia, or Birch.

Limbs strong and sturdy, yet flexible enough to withstand the storms of Summer, lightning flashing bright.

And buttressed against a massive trunk to hold the snows of Winter, wet and white.

I was doubtful. But that little tree had hopes.

I saw a Cedar growing on top of an enormous boulder once. That sentinel had forced her way up through the gigantic stone, split it apart. Roots snaking down to the nourishment of the soils around the stone, fighting the immovable slab.

The wet Winters watered that little sapling, the Carolina Summer sun fed it, and way up there on that pile of rocks it was safe from the forest foragers, twitching noses, and nibbling mouths.

Proud and defiant, that Cedar had won her game of King of the Hill.

No one ever told that little Cedar ‘No.’ no one ever laughed at its temerity, said ‘it’s impossible, you can’t grow there.’ No one ever stepped on it, called it names, or put it down.

That little plant in the crack in the sidewalk, its road will be tougher. And I have my doubts.

People will be mean to that little plant. They’ll walk all over it, stomp it, kick it, and cut it down. They’ll throw dirt and trash on it, and worse, they’ll laugh at that little tree.

But that little tree still has big dreams.

I have been betrayed by the social contract. The myth that if you work hard, and act responsibly you can get ahead is a total lie. I have given 16 years of my life to my work. And I have nothing. I am no better off today than I was the day I set out on this journey. There is no American Dream for me, there never was. There was only survival. And I’ve failed. This is no longer a land of opportunity. 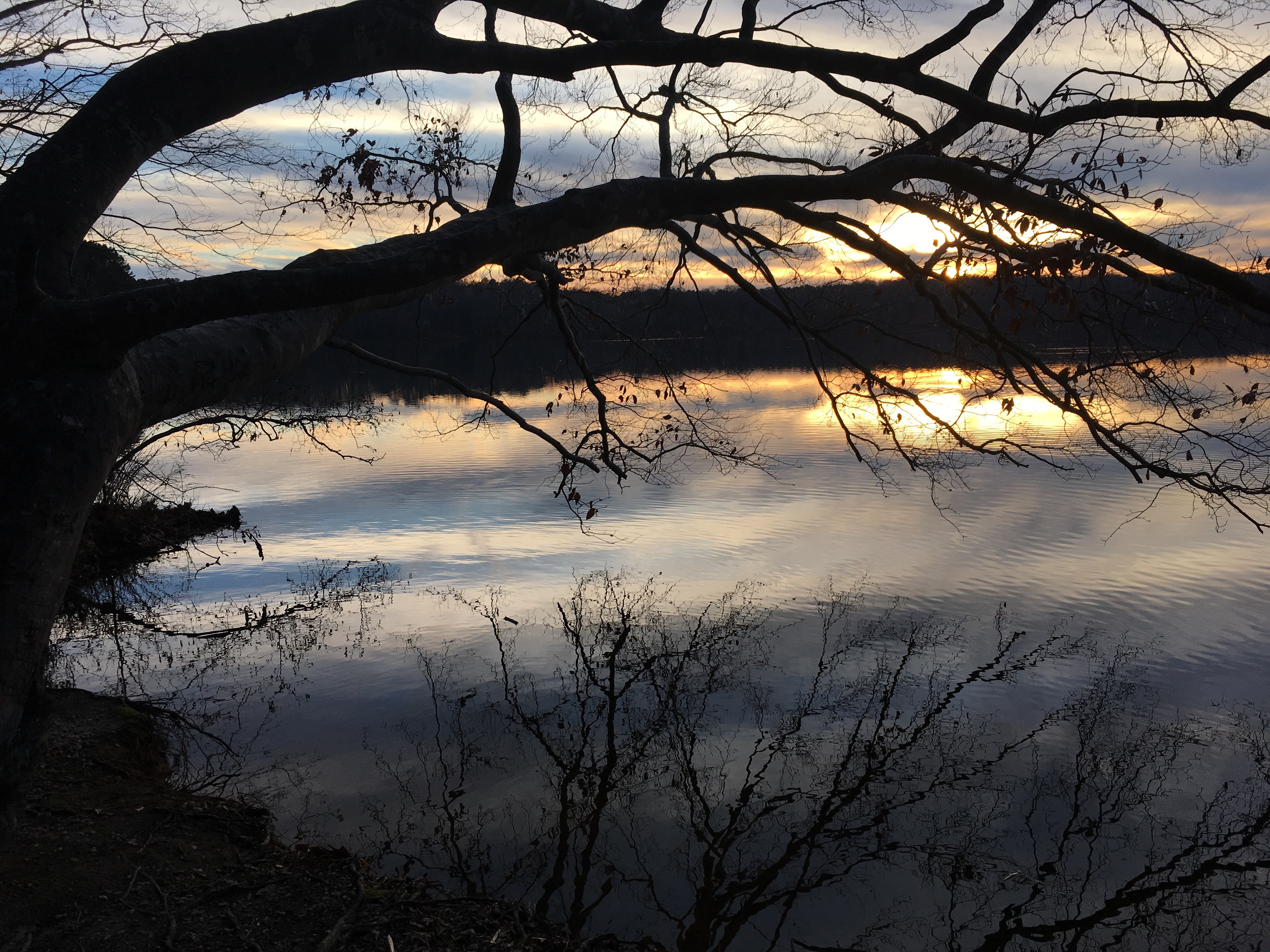 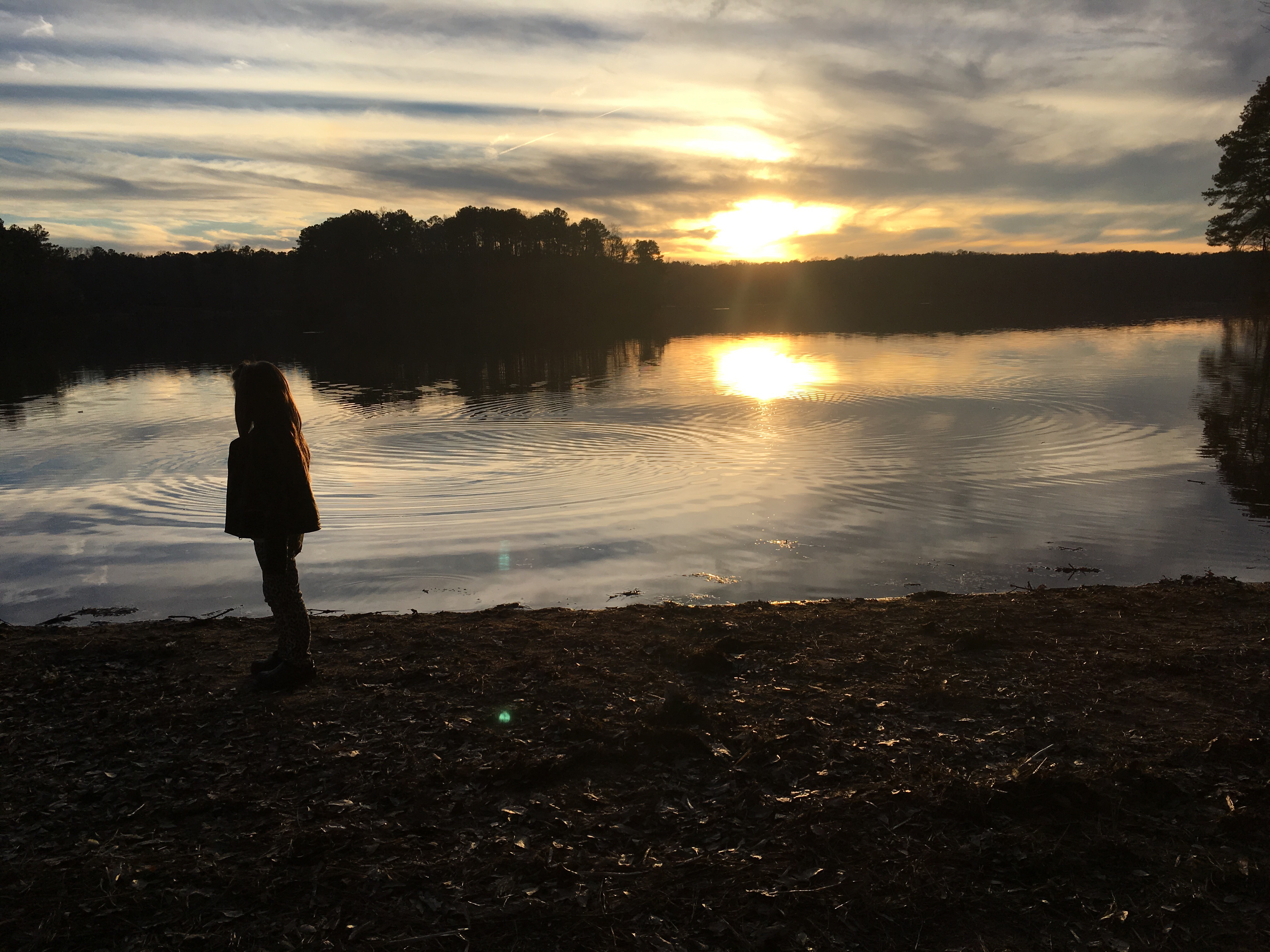 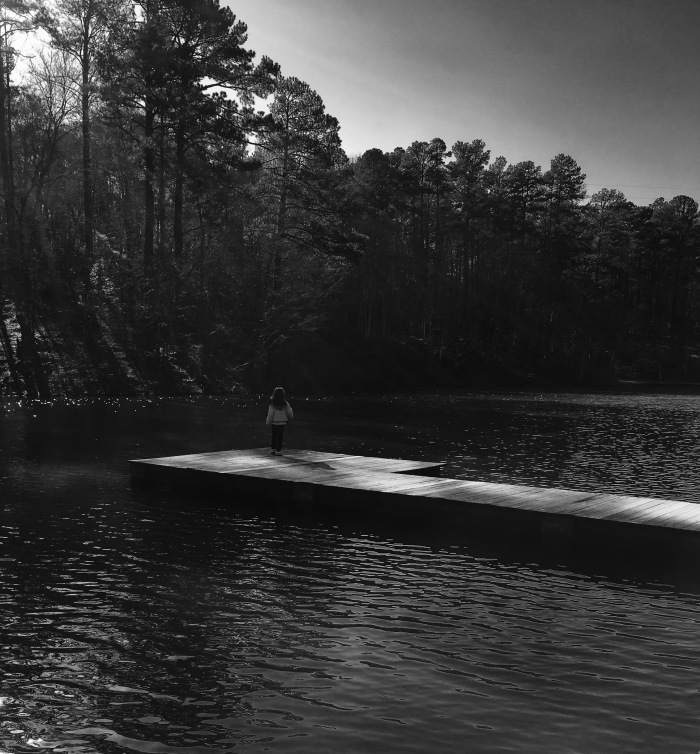 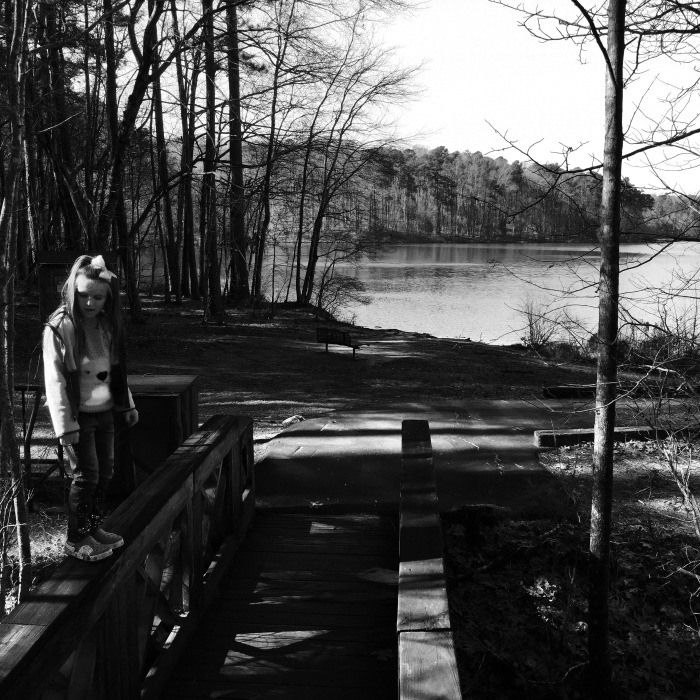 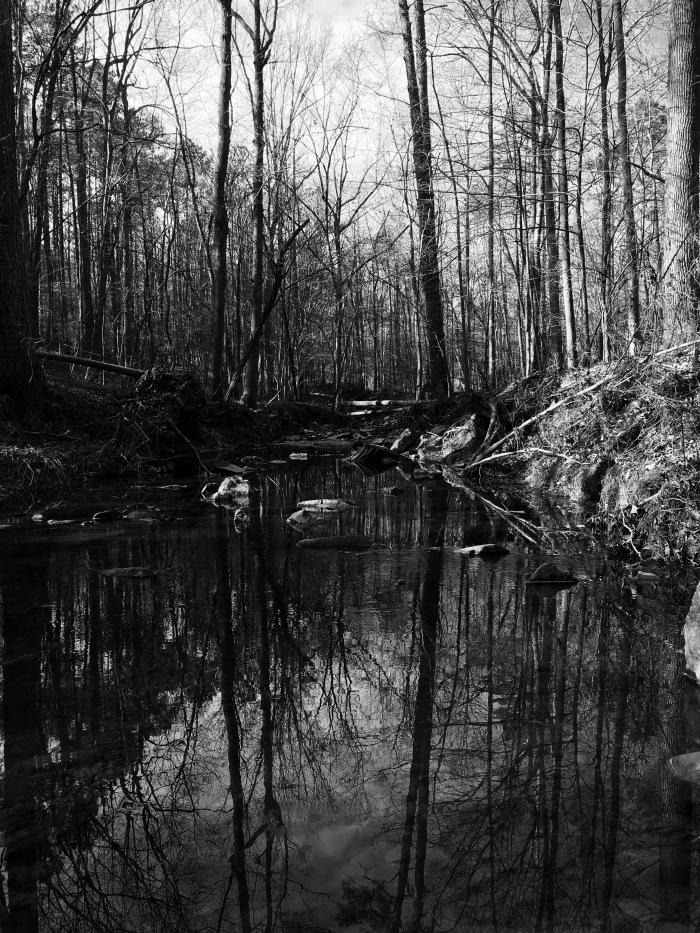 Do this one thing, please.

Think back to that moment in the voting booth, looking down at your ballot. Remember it. Crystallize it in your mind. Think hard about that moment. So that it is ingrained in your memory. So that when this goes bad, and it will, when this goes horribly off the tracks, when people die in some senseless war, when economic calamity befalls us, when foolish and failing policies begin to crumble the pillars of this once great nation, you can remember how it began.

I want you to be able to recall with exacting precision the moment you betrayed your nation, and became complicit in its downfall.
This is not hyperbole. The man is a tyrant. A sociopathic demagogue. He is dangerous, and you gave him the power to destroy us all. 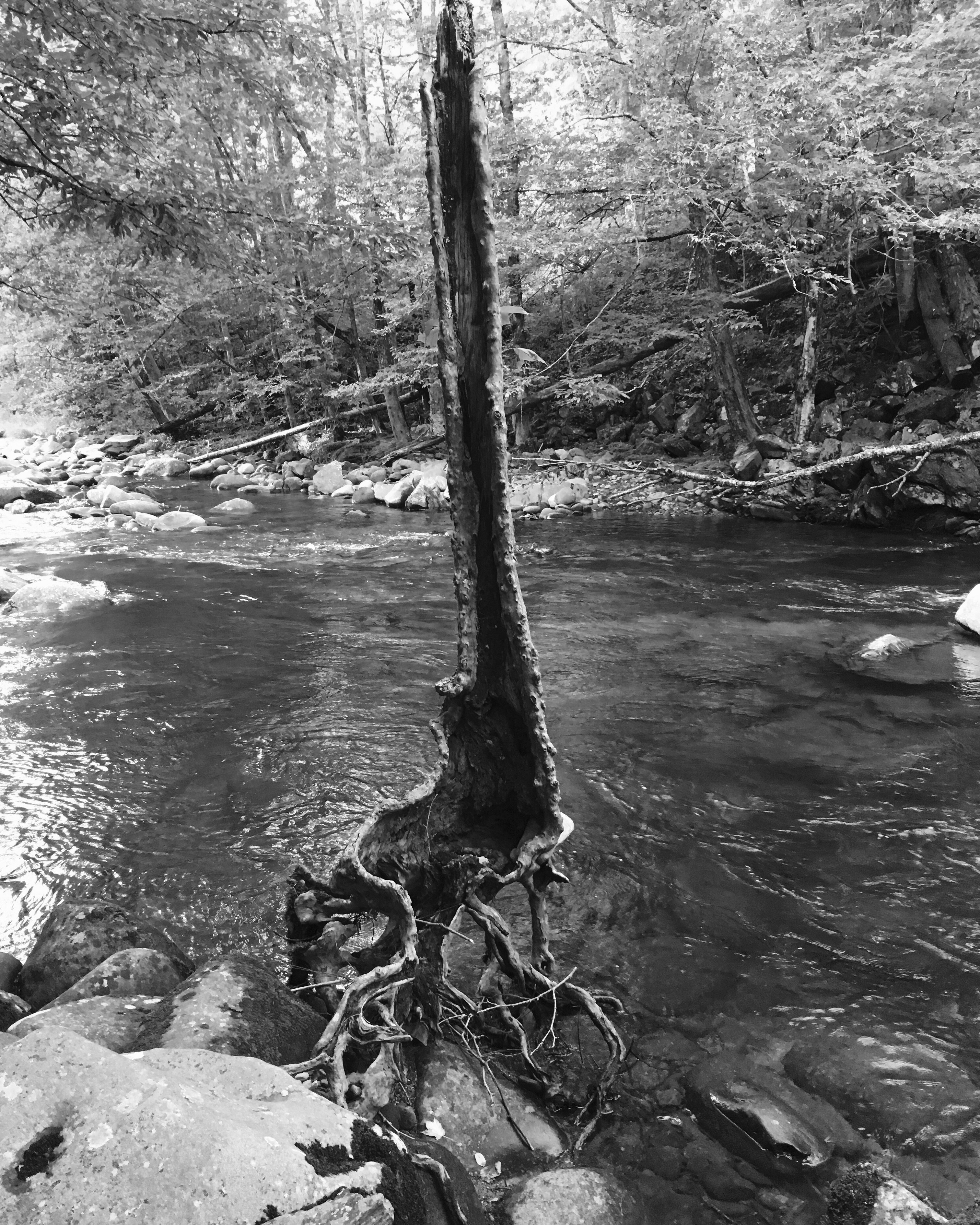 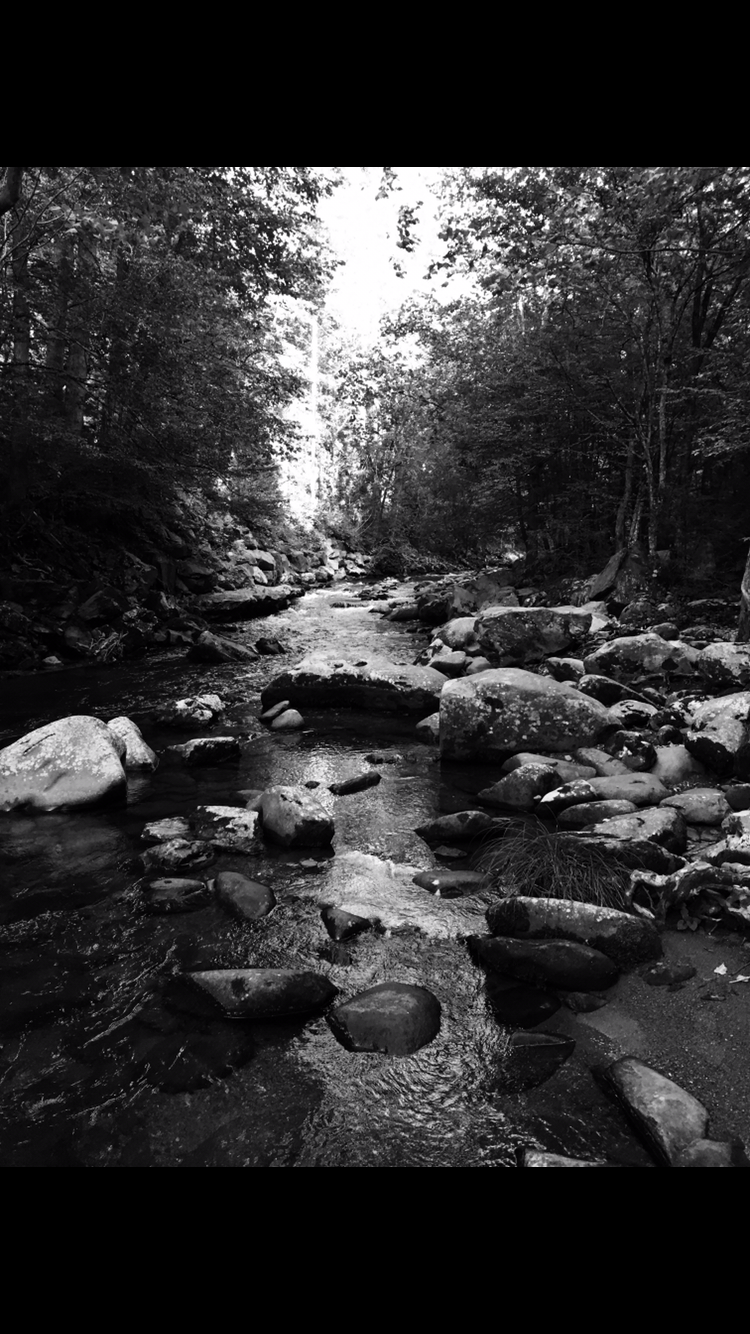 “Mister Trump, I have but one question to ask you. And I firmly believe that your entire campaign hangs on this question.

You have, since the very beginning of your absurd campaign spouted nonsense, vitriol, and out right lies. You have parrotted back attacks hurled at you by every candidate in this election cycle.
Ted Cruz called you a liar, you began reffering to him as “Lying Ted Cruz.”
When Hillary Clinton said she believed you were a bigot, you shot back, without any factual basis, that she was the bigot.
When the ridiculous ‘birther’ issue that you championed, and refused to let go of for the almost 5 years since 2011, when President Obama released his birth certificate, came back up, you fabricated a narrative that Secretary Clinton started the ‘birther’ movement. The ‘birther’ movement was nothing more than a bigoted effort to delegitimize President Barack Obama. It was repugnant, sir, and you were the mouthpiece for that shameful insinuation up until just a few short weeks ago, and before you deny it, here is tape of you questioning the president’s birth certificate from just last year.
You have been called ‘unfit’ to be president by many in the media, based on your actions and behavior. But, when Hillary Clinton said you were unfit, you immediately added that to your list of complaints about your Democratic rival.
And most recently, Secretary Clinton, and some in the media, political writers, reporters, political leaders, business leaders, and some portion of polled average Americans, have called into question your temperament. You responded, almost as expected, with the following statement, a statement you have repeated on numerous occasions including at the last presidential debate. We have the tape, if you’d like to see it. You said, and I quote, ‘I have the best temperament, she has a bad temperament.’ Those are your words. That is a nonsense statement that is absolutely meaningless. It barely passes for grammatically correct. All that statement does is remind the American people that you, sir, have the monosyllabic vocabulary of a fifth grader with a learning disability.
My question to you, Mr. Trump, is this:
Define temperament.
Not your temperament, or hers. I’m not asking why you think you are better suited to be Commander-in-Chief. I’m asking you to give me the definition of the word temperament.
Because, I believe, and I doubt that I’m alone in this, that if you’re going to hurl insults, you should at the very least know what they mean.
And it is my contention that you so often spout off without a moment of contemplation about the power, the danger of your words, that you do not, in fact, even know what the word temperament means. You possess so little self control, and depth of character, that you simply echo words that you hear in an effort to deflect from the fact that you don’t actually know why you are being criticized.
This is at the crux of the arguments about your total ineptness and complete inability to actually do the job you are campaigning for. Because, if you can’t define temperament, but are willing to hurl it as an insult, what else do you not know?”

Today in America, 103 people were shot. Half of them died. Half of them will be changed forever. Their friends and family are changed, forever.

Today in America, a community that has already endured so much was targeted, lives taken, blood spilled, all because they are different.

Today in America, a community,that has until recently been ostracized, took hundreds of rounds of ammunition for the rest of us.

Today in America, a buffoonish demagogue espoused hate and intoleralnce, in response to unimaginable violence.

Today in America, someone spat at a Sihk, mistaking his turban for a Muslim garment. Someone sneered at a woman in a hijab and hissed, ‘go back to your country,’ even though she was born in St. Paul, and has lived there all her life.

Today in America, a rabbi, a priest, an imam, a monk, tried to explain the unexplainable. They told their parishioners, ‘Love conquers hate. No one deserves this. Love everyone.’

Today in America, decent, honest, devout Muslims hid and cowered. Forced once again to defend the indefensible, to explain that this mad man doesn’t represent them or their faith.

Today in America, a president’s chest heaved, and his brow furrowed as he sought words to make sense of the senseless, to provide comfort to the disconsolate.

Today in America, the media delighted in showing anguished faces, blood stained clothing, and flashing lights. Thrilled to be selling air time to advertisers, with no thought for the victims.

Today in America, some pale faced depressed kid in Trenton, looked at the news and found inspiration, envious of the attention, he started plotting.

Today in America, a guy in Kentucky shrugged his shoulders and said ‘what can we do?’ while he bought another AR-15, and a thousand rounds of ammo.

Today in America, people pointed fingers, and laid blame, and screamed about ‘Second Amendment rights,’ while forgetting the Declaration of Independence and its line about ‘life, liberty, and the pursuit of happiness.’

Don’t let this be ‘just another day in America.’

I’m not saying you can’t be a racist, and say racist things online. I’m saying its 2015, we should live in a society where saying those things is beyond social acceptability and society should ostracize people that think that way.